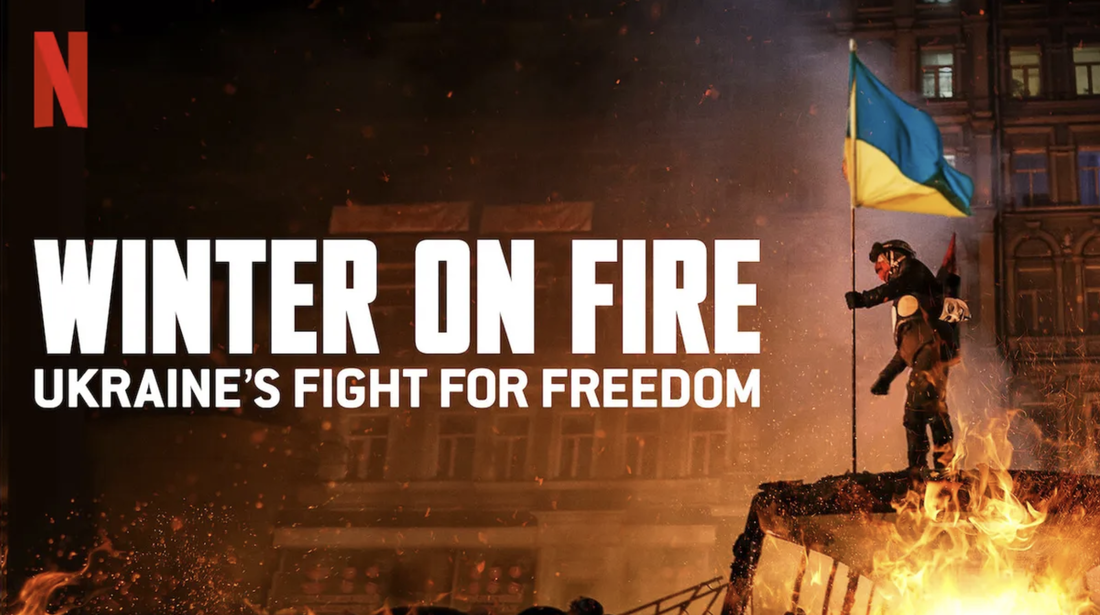 A documentary on the unrest in Ukraine during 2013 and 2014, as student demonstrations supporting European integration grew into a violent revolution calling for the resignation of President Viktor F. Yanukovich. (Click on Image) 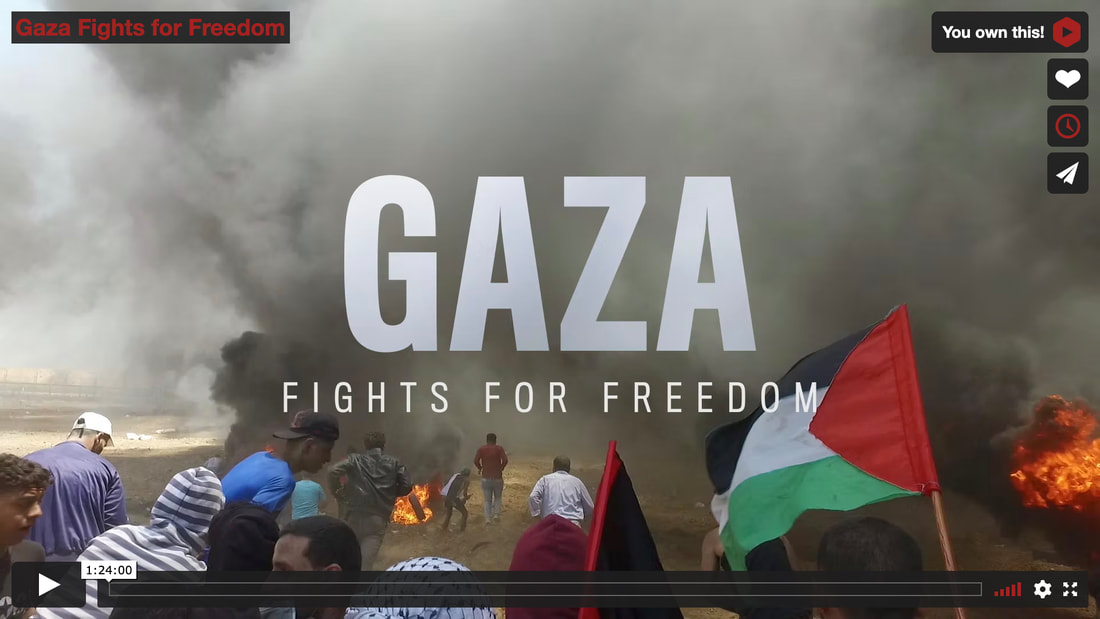 This debut feature film by journalist Abby Martin began while reporting in Palestine, where she was denied entry into Gaza by the Israeli government on the accusation she was a “propagandist.” So Abby connected with a team of journalists in Gaza to produce the film through the blockaded border.

This collaboration shows you Gaza’s protest movement like you’ve never seen before. Filmed during the height of the Great March Of Return protests, it features riveting exclusive footage of demonstrations.

The documentary tells the story of Gaza past and present, showing rare archival footage that explains the history never acknowledged by mass media. You hear from victims of the ongoing massacre, including journalists, medics and the family of internationally-acclaimed paramedic, Razan al-Najjar.

​At its core, ‘Gaza Fights For Freedom’ is a thorough indictment of the Israeli military for war crimes, and a stunning cinematic portrayal of Palestinians' heroic resistance.

"I often use the word “unimaginable” when speaking about genocide. But that is a habit I’m trying to break, because we NEED to imagine it. We need to imagine what it would be to be forcibly removed from our home, interned in a “re-education” camp, tortured, forced to renounce our language, religion, culture, and perhaps even our own name. And, like the families of those imprisoned, we need to imagine what it would be to be under constant surveillance, to be stripped of all privacy and autonomy. To be told that if you will go to work in a factory (in conditions that amount to slavery) your loved ones’ sentence will be shortened, or their treatment improved (though there is no evidence that this ever actually happens). My hope is that this video will help us to imagine it — and to take action. ✊🏻

If you are following the news, you may have heard that many countries around the world are engaging in a diplomatic boycott of the 2022 Beijing Winter Olympics. We should ALL participate in this boycott — and speak out against these atrocities.

(Grateful acknowledgements of my co-producers, International Youth Movement for Human Rights, director/creator @joeyciccoline and the voice talents of Wesley Freitas and Kevin Palmer.)" 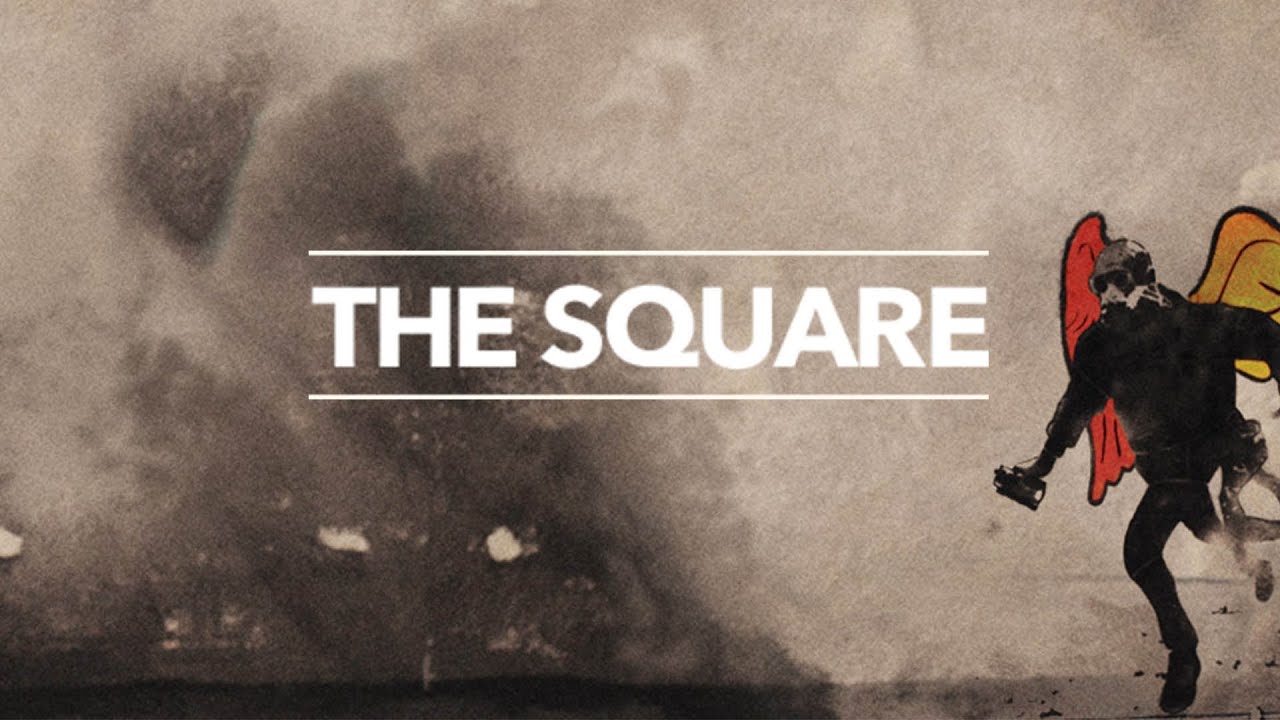 A group of Egyptian revolutionaries battle leaders and regimes, risking their lives to build a new society of conscience. (Click on Image) 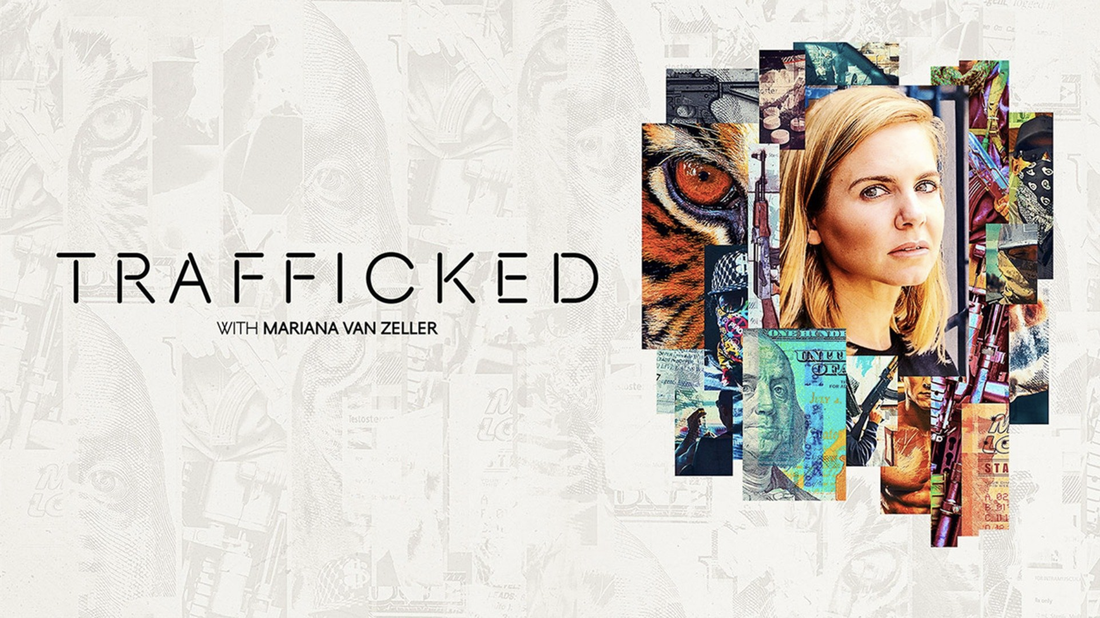 TRAFFICKED with Mariana van Zeller is an original documentary series that explores the complex and dangerous inner-workings of the global underworld, black and informal markets. Each adventure follows Mariana on a mission to follow the chain of custody of trafficked goods, understand how to obtain the contraband, or see the 360-degree view of the trafficking world from the point of view of the smugglers, law enforcement and those caught in the crossfire. (Click on Image)